Composed medium defender with an excellent intercept mark. He is courageous in taking on thegame and his kicking is a key a feature of his play. He played all four games for Vic Metro in the 2019 NAB AFL Under-18 Championships, averaging 14.8 disposals. Starring for the Northern Knights in the NAB League, averaging 18.8 disposals at 80.4 per cent efficiency, also has the ability to move up to the forward line and has kicked nine goals in 13 matches. 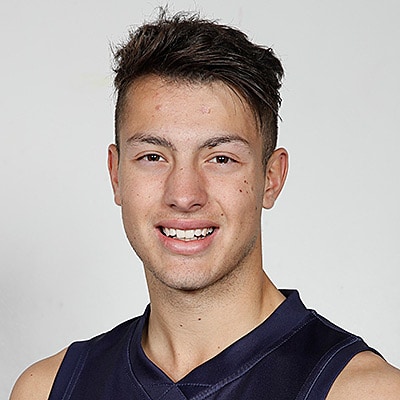